Ad Fatigue: What, Why and How We Can Fight It

We get it. We’re social media users too. You see an ad and maybe you click on it. Hey, that’s a cool site. Let’s bookmark that for later. Now it’s back to silly cat photos and hilarious videos. Oh hey, there’s that ad again. And again. And again. Before long, you just scroll right past it.

So what has happened?

Your ad has become the digital version of perfume, at one point it made you stop and take notice, now you barely notice the scent. That’s the world of ad fatigue. Like any other type of fatigue, it’s necessary to correctly diagnose and treat your ad performance. The health of your social media campaign depends on it!. But, what is the prognosis once treated you ask?

When ad fatigue sets in. All of a sudden your performance drops off. Seemingly without warning or reason. What’s worse? It’s not getting better. These days the question usually isn’t “if” ad fatigue will strike your campaign. It’s “when.” So, how do you fight it? Glad you asked! We have a few solutions for you to hit back at the crippling powers of ad fatigue, breathe new life into your paid content, and get your strategy back on track!

What is ad fatigue?

“Ad fatigue” is the phenomenon that happens when your audience becomes overly familiar with your ads, gets bored of them, and stops paying attention.

Here are a little ad fatigue statistics from a survey conducted in March 2018: 77.4% of US digital buyers said that they are seeing too many ads from the same retailer and 78% said that it is “inexcusable”.

Let’s face it, your Facebook ad video isn’t the latest TV series your obsessed with. Your audience doesn’t want to see the same thing over and over again. In fact, when they do, they respond by skipping it, tuning out, and moving on. It has become merely the wallpaper of their Facebook newsfeed, being overthrown by the next Buzzfeed video or their friend Jimmy’s post.

There are several reasons for this problem:

But, before you throw money and to try and give your ad the online version of an espresso shot, you need to ensure you have the right diagnosis. If not, you may wind up throwing money at a campaign that’s well, a lost cause. No one wants to feed a fire that’s just going to incinerate the marshmallows. So, how you can you recognize Ad Fatigue? Well sit down, we’ll show you.

Nowadays social media algorithms change faster than a toddler’s mind. Changing algorithms have caused a massive influx of companies on social media competing for space in your newsfeed: it can be hard to keep up.

But, for once, we can’t ‘blame it on the algo.’ Ad fatigue isn’t a secret algorithm trick designed to get you to spend more on ads. Ad fatigue is something that will occur naturally, over time, to just about any targeted campaign.

How to identify ad fatigue

Not too quick with the keys there, not every ad that drops is suffering from ad fatigue. Some ad campaigns are just not a home run. Others start strong and fizzle out, then you have those that never gain traction in the first place.

Instead of jumping to a diagnosis, look into ad performance for a campaign which gains traction, performs well, then experiences a quick, steady decline. If we charted this on a graph, it wouldn’t look like a sheer drop-off. More like a kid’s ride at an amusement park, the kind a teenager would strictly avoid. Adding to this, the frequency rate of the ad is still high; meaning people are still being shown the ad and the drop-off in engagement remains. At best, they’re looking at it with apathy, at worst, it’s annoying them and their fingers are itching towards hiding it altogether, which as we will discuss later, is to be avoided at all costs.

So, if your ad frequency hasn’t dropped, but your impressions have, then you may have a case of ad fatigue on your hands.

Now, it’s time to get to business. To begin the inspection, you’ll want to view your ROAS metrics. That’s “Return on Ad Spend.” You can find it in your Facebook Ads Manager. ROAS tracks conversions and weighs them against the amount you’re spending on ads. It’s incredibly useful and if you haven’t looked at them before, we suggest you start now!

A positive ROAS is indicative of a well-performing ad. A negative ROAS means you’re spending more on ads than the ads are generating in revenue. A negative ROAS does not automatically mean your campaign is suffering from ad fatigue. However, it’s a good indication that something isn’t right. So, if your ROAS has a negative diagnosis, it’s time to get out the microscope and figure out what is going wrong.

So how to analyze Facebook ad data? First, you’re going to need to log into your ads manager and track four key analytics:

Is there an increase in frequency? That’s a sure sign of ad fatigue. The other metrics, however, should be declining. Check the metrics over a 7 day period. If you see a campaign that was performing well suddenly drop off (while frequency remains high), you may just have an ad fatigue problem (instead of a bigger issue, like your campaign objective).

Another way to check is to look to your audience and see what they are trying to tell you. Are you receiving a lot of complaints about how frequently your ad is being seen? If one person is reporting it, you can bet your bottom dollar that there are more.

Now, it’s time to move fast. Facebook gives us all the option of hiding or blocking an ad we’ve seen too frequently. We all do it to those pesky ads that never seem to go away or just, for some reason, get on our last nerve. What you may not know is that Facebook marks this down as “negative feedback” against your ad. Too many negative marks against your ads can make it more difficult to get future ads approved. So, pedal to the metal, it’s time to fight ad fatigue.

How to Resolve Ad Fatigue

Believe it or not, there are a few steps you can take to reduce ad fatigue and get your marketing back on track.

Yes, you may have to look at your beloved target audience. Want to find everyone who rock climbs, watches Lord of the Rings and takes a ballet class, great! Facebook’s ad targeting feature is a dream come true for marketers, allowing us to choose the exact audience to target.

However, the more qualifiers, the more your audience shrinks, and your new narrow audience is left to see your ads over and over. Let’s be real, as much as we love our ads we don’t expect our audience to fawn over them every minute of the day. So, how do we balance stalking a small segment while keeping our audience relevant? It’s easy.

Start by mixing things up. First things first, rotate your network. Take advantage of Facebook’s tools that let you target mobile or desktop users, specifically with the same targeting demographics.

Keep things fresh by rotating your ads so that the same individual users don’t see the same ads even if the targeting demographics remain the same. You can use your Facebook pixel to create a lookalike audience and use different ads to target those who are already following your brand and those who are not. The more relevant your ads are for that target audience, the less likely it is for the fatigue to set in. It’s also important to remember that when it comes to remarketing, sensitivity is the key so don’t overdo it.

How often should I change my ads? Increasing your ad rotation is crucial to increase your ad performance. Even if you have a high performing ad, it is only a matter of time before your target audience has already seen it several times. However, rotating your ads does more than just keep it fresh, it also allows you to test your ads against each other to see which variables are working and which are not.

What is split testing?

Simply put, split testing is like laying down all options and letting the users decide which variation of your campaign is the most attractive. In practice, producing fresh, new content and testing it against your existing content is indicative of a successful company.

By doing this, you discover which creative performs better. This is called an A/B test (or “split testing.”) It involves running two versions of the same ad with slight variations and measuring the results against one another.

The variable doesn’t have to be huge. In fact, you may be surprised by what a difference even changing the call-to-action or ad copy can be. A/B testing can be a blessing in disguise. Can’t decide between two great puns? Test them both and see which one your audience eats up!

To minimize the risks when expanding your campaigns to a larger scale, consider a split test from these approaches:

1. Expand the geographic area of your target audience

2. Reach out to a ‘lookalike’ audience through your Facebook ad management software

3. Increase your budget gradually for campaigns with good traction. The most successful companies are consistently creating new content and testing its effectiveness. You may not even realize that you yourself have been a test subject. Perhaps you saw an ad for Hershey’s with a slight variation, next thing you know your data is being used to streamline the next winning chocolatier ad.

Use video in your ads

Another way to combat ad fatigue, and increase your engagement is by using videos! Yes, we all adore switching off and watching a good video. All the more when it aesthetically pleasing or downright hilarious.

You don’t have to believe me, let the research speak for itself.

Let’s face it, it’s what people want. Supercharge your online presence and stave off ad fatigue by creating awesome videos with a Facebook ad creator to wow your audience! They’ll remember your ads for longer and with our world-renowned editor and library of stunning videos, you’ll have fun making it.

Putting it all together

Ad fatigue will happen. However, with these tools, tips, and tricks, you can keep your content as fresh as a bakery, and just as scrumptious.

Best Subtitle Fonts to Use For Video Editing in 2022 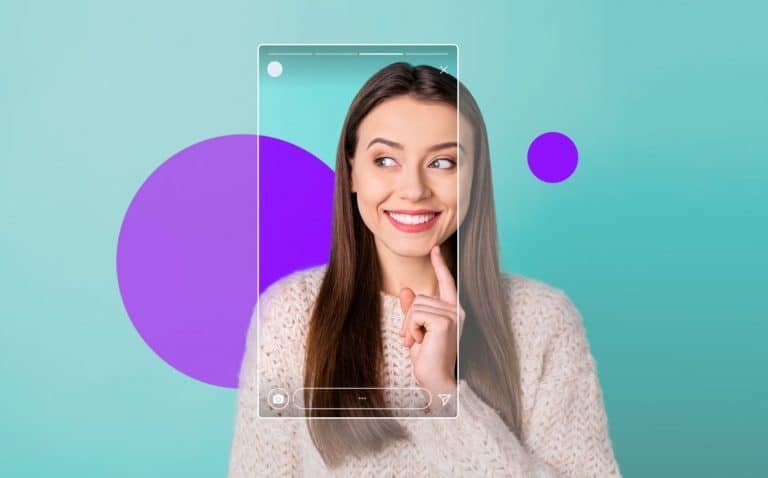 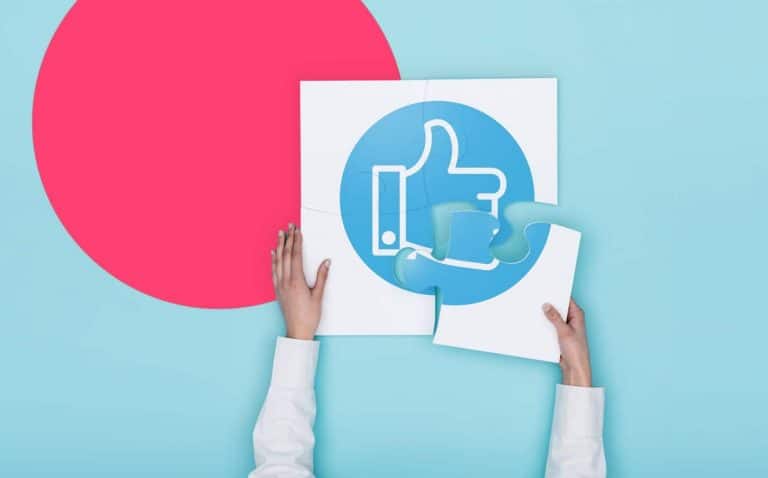